DStv has repackaged its offerings for its commercial segment customers to better meet the needs of their varied customers and clients.

The packages target Hotels for staying customers which will be called DStv Stay, Pubs and Clubs (DStv Play), and Offices (DStv Work).

For example, DStv Work will beam into offices the latest news and headlines from across the world and will be in two offerings, DSTv Work Essential and Work Ultra.

DStv Play will provide various live sports and sports content for pubs and clubs patrons and will come in Basic, Essential and Ultra offerings.

For in-room entertainment, the DStv Stay package will also come in Basic, Essential and Ultra.

Posted by SCRIBE INTERNATIONAL at 12:59 AM No comments:

Safaricom and its consortium partners received their official license to roll out in the 100million people strong market and will be expected to begin setting up in the next few months.

Posted by SCRIBE INTERNATIONAL at 12:35 AM No comments:

Tier-1 telco, Liquid (formerly KDN), has lost a bid to acquire a submarine cable landing license after the Communications Tribunal threw out its appeal against an earlier decision by the Communications Authority to deny it the license.

Liquid, part of a pan-African group, had applied for the SLCC license to terminate a cable originating from Pakistan and co-owned by a subsidiary of Chinese Huawei group.

The Communications and Media Appeals Tribunal, in denying its appeal, found that Liquid filed the appeal months later than the law required and that the same seemed to be an afterthought.

The Tribunal chair Rosemary Wacera Kuria, found that Liquid did not provide sufficient reasons for not filing the appeal on time and that it had initiated other license applications before it decided to file the appeal.

Kenya has three SCLL holders: Seacom, TEAMS and EASSY. Mr. Stephen Kiptinness, representing Liquid, was unable to convince the tribunal that the company would suffer any commercial loss nor that the matter would result in injustice.

Faith Wamuyu, counsel for the Authority, had argued that Liquid, by delaying to file its appeal, was misusing the court process.

Posted by SCRIBE INTERNATIONAL at 11:38 PM No comments:

Multichoice has announced that it is recruiting film and TV trainees from east, west and southern Africa, for its Multichoice Talent Factory training programme.

The Film and TV training programme which was launched in 2018, has so far trained 120 students transforming them into skilled industry professionals.

"The call is open to all emerging filmmakers with either some industry experience or a relevant post-school qualification in film to apply for this exciting opportunity to hone their television and film production skills," Multichoice said in a statement.

Like previous years, all 60 students alongside select members of the public will get to participate in the MTF Masterclasses, which are powered by various industry partners including Dolby, CBS Justice and Jasco Broadcast Solutions offering AVID software masterclasses to name a few.

The illustrious New York Film Academy of Visual and Performing Arts (NYFA) continues its commitment as an MTF Masterclasses partner and to award its annual 8 weeks NYFA Scholarship at the Academy in New York to the top performing student from each region.

Posted by SCRIBE INTERNATIONAL at 10:03 PM No comments:

Multichoice Kenya has today officially opened its doors to a new branch located in Ongata Rongai. The Rongai branch will serve both DStv and GOtv customers and is located on the First Floor of Rongai Business Centre along Magadi road. The opening of the branch is a strategic move to ensure customers can easily access service points across the county.

Alvin Kimani, CEC Trade, Investments and Cooperatives Kajiado County while officially launching the new branch on behalf of H.E Joseph Ole Lenku, Governor of Kajiado County said, “The opening of this Rongai branch will greatly the residents of Rongai and adjacent areas of Nkoroi, Matasia, Kware and Kandisi as the residents will no longer need to travel long distances to access after-sale support. This branch will also make a significant contribution by increasing the number of businesses in this area through offering opportunities to direct sales agents, installers and electronic service partners who will indirectly support the operations of this branch. We are grateful to MultiChoice Kenya for bringing services closer to the people of Rongai and we look forward to enjoying the programming on your platforms.”

Nancy Matimu, MultiChoice Kenya Managing Director said, “The launch of the Rongai branch is in line with our mission of enriching lives by making entertainment more accessible. Nairobi is rapidly expanding, and we want to grow with our customers. This branch is therefore a strategic move to ensure that our customers can enjoy hustle free viewing and easily access after-sale services conveniently and with the least hustle.”

Posted by SCRIBE INTERNATIONAL at 5:38 AM No comments: 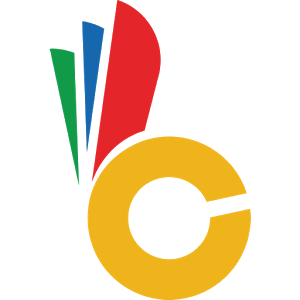 Little, the cab hailing service, has said it has partnered with over 200 medical specialists to offer patient booking services on Little App. This new feature seeks to ease the queues experienced at doctor’s clinics when patients go for their appointments.

The Little “Book-A-Doctor” feature not only offers customers an array of specialists to choose from, but also an option of pre-booking their rides to their appointments.

The feature, which is currently in the pilot phase, hopes to see 500 more specialists on boarded by end of 2021.

Plans are already underway to include home-based COVID-19 care services and at- home lab tests.

While sharing details on how the new appointment booking service will work, Little CEO Kamal Budhabhatti, underscored the importance of the product during this COVID-19 period.

"Based on our consumer research, average waiting time at a doctor’s clinic can be up to 40 minutes. We intend to reduce this waiting time through the streamlined booking system we have developed."

Posted by SCRIBE INTERNATIONAL at 1:04 AM No comments:

DStv customers to add movie channels to their packages 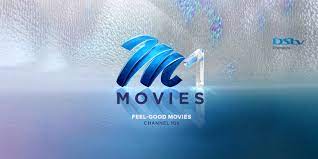 MultiChoice has announced that from June 2021, DStv customers will be able to amp up their entertainment by adding movie channels onto their current packages at a fraction of the cost.

During the 2021 MultiChoice Kenya Content Showcase Managing Director Nancy Matimu said, “We continue to look for ways to create more choice and value for our customers and improve the viewing experience

DStv customers on Compact Plus, Compact, Family and Access will be able to add M-Net Movies 1, Movies 2 or Movies 3 to access premium movies for a fraction of the cost of the package. The movies add-on service will give customers access to the latest international feel-good Animania festival movies for the entire family on M-Net Movies 1 (DStv 104).

Posted by SCRIBE INTERNATIONAL at 12:52 AM No comments: