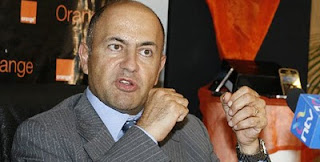 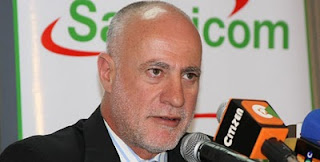 "We were caught napping," a Safaricom insider told me when controversial new regulations were published. "Guys have been strategizing while we think everything is being played above board."

The strategists, in this case were none other than Telkom Kenya, the former state monopoly provider of telecommunications services.

While SafCom was content to ride its dominant position, TKL was plotting how to bring that dominance to a halt and had roped in the government with various tactics.

Stephen Kiptiness, the suave and ultra-confident head of regulatory affairs at Telkom had sounded the warning shot a few days prior to the explosion over the regulations.

Safaricom, he said should be declared a dominant player. Signs that that was a live wire came when Safaricom immediately protested demanding to tell its side of the story even though the regulations were yet to come out.

When the dust settled down, Safaricom got its reprieve after government decided to invite lawyers from Brussels to look at the regulations and the law of competition in general.

Michael Joseph, the combative CEO of Safaricom, speaking to investors during the annual briefing later said that he had kind of "enjoyed" the bruising battle during the two weeks it took for government to back down somewhat.

It would now appear that he spoke to soon for latest developments now indicate that the two Telecom giants are headed for yet another round of battle - this time over the control of Kenya's undersea fiber optic cable, TEAMS.

Currently, SafCom and Telkom are the two largest shareholders of TEAMS with a stake of 22.5 per cent each. The next biggest stake is owned by Essar at 10 per cent.

But if reports are to be believed, Telkom Kenya is about to ramp up that stake to 42.5 per cent and assume significant dominance over the running of the same including representation on the TEAMS board.

Jaindi Kisero of NMG or Senior as he is known in the business press circles claims in the East African that the Government of Kenya has succumbed to pressure from France Telecom and ceded its 20 per cent stake in TEAMS to Telkom Kenya. This along with a free 3G license, and control of the national fiber optic backbone cable (NOFBI) as well as settlement of outstanding bills owed by Kenya Broadcasting Corporation and other government entities, are some of the concessions that France Telecom has managed to wring out of government for allegedly being cheated in the privatization deal where they paid Sh26billion for a 51 per cent stake in Telkom Kenya.

But Communications Commission of Kenya Director General Charles Njoroge says he is not privy to some of those claims. "They will have to pay me whatever the arrangement is for the license," Njoroge said of TKL.

A Telkom Kenya insider, who admitted that the deal was at extremely high-level (Indeed according to Senior the deal was inked between Treasury Permanent Secretary Joseph Kinyua and France Telecom CEO Michel Barre), it could be that the 3G license fee deal (the license should cost TKL Sh800million) will be a matter of accounting across the books.

On some of the concessions government is giving TKL, he reckons it is to cover for all the plundering and stealing that some GoK people did just before they sold it to France Telecom.

It is however on the TEAMS shareholding deal that trouble seems to be brewing. A senior Safaricom insider told Nairobitech that by no means would they accept the deal. SafCom boss Michael Joseph is the chairman of the TEAMS board.

With Safaricom vowing to block the deal, the stage is set for another round of battle between these two giants for whom the bad blood seems to get worse by the day.

But France Telecom is not backing down. The same insider said FT has taken a bare knuckles approach to the fight. "The French are ruthless!" he said.
Posted by SCRIBE INTERNATIONAL at 2:50 AM No comments:

IS CFC BANK BONKERS? GIVE ME MY MONEY!

CFC Stanbic's immediate past chairman Charles Njonjo at 90-years of age is still lucid and articulate. No sign of senility or alzheimer's there-- but then again his father the late Senior Chief Josiah Njonjo died at 103-years of age.

Such sprightly health cannot be claimed for the CFC Stanbic, the bank that Sir Charles founded along with PK Jani and Jeremiah Kiereini.

Customers of the bank last month started getting strange deficits or deductions in their accounts and some could not withdraw any money at all because apparently, it had been held.

Who issued the order to hold my money? Apparently, no one at the bank could explain it. In fact customers have had to be referred to CFC Stanbic's card center where one is asked to check back after an hour when the problem will have been fixed. But nothing doing.

It is now emerging that it all has to do with IT. You see when CFC Bank and Stanbic bank merged, they operated different banking platforms.

CFC, the bride in this marriage, operated the far superior Temenos 24 (T24) system while Stanbic's operations ran on Bankmaster.

A decision was made to adopt T24 for the new bank, and the process of migrating data onto the system begun.

Apparently, this integration is what caused the problems that many had with their ATM cards the whole of last month and for some people as far back as April.

Now what is scary about this whole thing is how long it is taking the bank to fix the problem. Firstly, even the amounts its showing for some accounts are wrong. It would appear that crucial data is not being accessed from the original database and in the end if this is the case, unless a scan of the old records is done, the bank could wind up either losing a lot of money or stiffing customers for a lot of money.

Insiders will tell you this whole marriage has been a rocky ride. Ex-CFC employees have always felt slighted even though they believe they are more knowledgeable than the guys who came from Stanbic.

And then to make matter worse, Stanbic which is a South African outfit, appears to have jobbed CFC alumni by making sure it raised the salaries of its employees just two months before the merger. So pay has been skewed in favour of Stanbic guys compared to CFC guys a matter than does nothing for staff morale.

Then South Africans behaving badly. One senior SA chap had the temerity to bring his wife to head a department in the new entity and when she couldn't perform, created a previously non-existent post for her to occupy.

CFC guys were promised salaries would be harmonized but that has not happened and they now feel that they are deliberately being pushed to make the decision to quit.

If this latest glitch with the IT system has anything to do with ex-Stanbic databases, expect little help from ex-CFC IT guys in solving it.
Posted by SCRIBE INTERNATIONAL at 1:14 AM 3 comments: