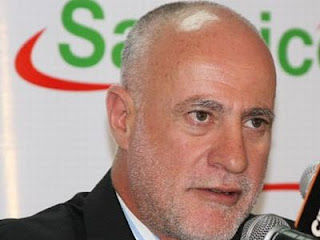 MJ has been on the farewell circuit this past month including meeting with corporate CEOS, his staff at Safaricom, journalists and editors ahead of his handover to Bob Collymore.

By and large it has been a happy affair but also with a bit of anxiety for Joseph.

You see, while he is leaving Safaricom, Joseph will remain with the Vodafone Group and will handle various issues for Safaricom's parent company.

But Joseph may be forgiven for thinking that Vodafone were a bit insensitive after the work and the results he has produced in the 10 years he has run Safaricom.

It was not until a few days ago that Vodafone actually gave Joseph his contract for his new duties. It is quite nerve wrecking when your last day as Safaricom CEO is nigh and the new contract is yet to appear.

That and the fact that the Joseph's have mostly been feted by colleagues and partners and not by Vodafone despite the fact that Joseph ran that Group's most profitable company in terms of margins would dent your feelings.

But, come Monday, Joseph will take on his new duties and Collymore will assume the 7th floor office facing Waiyaki Way as CEO. Being that Collymore is already a director on Safaricom's board, the assumption is that he will also take on the title of Managing Director.
Some Quick notes:

For starters, he is going to be big on Social Media. Not just him tweeting and facebooking, but moving the ENTIRE SAFARICOM onto the social media space.

Secondly, Collymore is going to go after the youth in a big way. One of the ideas floating around is the introduction of different tariffs for the 18-25 bracket through targeted social media campaigns.

Structured interviews: Joseph was good for a soundbite anytime, anywhere and sometimes his handlers wrung their hands dry in anxiety not knowing what the CEO was going to say.

Collymore is going to be having slots for media interviews booked in advance.

As an example starting Monday, he has slotted in some media houses including Larry Madowo of NTV and O'Brien Kimani of KBC.

After the half-year results announcement on 10 November 2010, instead of a press conference, Collymore will schedule interview slots for the 11th with each journalist getting their one one one slot.

After that Collymore will be off to investor roadshows.

Which side of your bread is buttered?

Last year during the media bash, Gina Din Kariuki and her daughter sat at the same table with Michael Joseph. This time, she sat on Bob Collymore's table.

Initially announced by Michael Joseph at last year's media bash, the Sh5million award scheme for business journalists was meant to award the Business Journalist of the Year at this year's media party.

Unfortunately, it didn't happen but MJ said Bob would take it up and by next year April or May, the winner should be known.

The award is supposed to be handled by a panel of independent judges who will track articles written by the different journalists. Ideally, it should be an award for a body of work not just one article or broadcast feature.
Posted by SCRIBE INTERNATIONAL at 6:47 AM No comments:

THE RETURN OF MOTOROLA 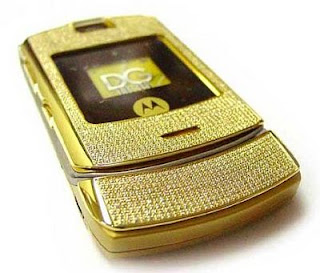 At its height, Motorola was King in Kenya.

From its talkabout, to its RAZR platform, its kabambe phones and the like, Motorola was the market leader in Kenya. It particularly excelled at pushing low-cost handsets that grew wildly popular but returned very low margins.

An ex-motorola man now at Samsung East Africa says the move to push these cheap phones eventually proved to be Motorola's undoing and by 2007 its fortunes had dwindled badly.

The inventor of the mobile phone is back again though: One Wednesday, 27 October, Motorola will hold a media roundtable to unveil its line of products.

The handset maker comes remade and comes to a market that has itself been remade by the rise of the smartphone industry and the penetration of mobile internet with the rise in popularity of social networking and other data consuming online activities.

During that time, it caught the Android bug and has unveiled its popular Droid line of phones. It will hope to ride on both the affluence of a budding middle-class, its Android platform and the availability of a range of applications on the Android Store, and its brand name recognizability to recapture market share.

In the meantime, Nokia remains runaway leader with 40 per cent of the pie, Samsung second at 8 per cent, and the others bring up the rear.

Just last month, another pioneer in these parts, Sony Ericsonn announced its return to the Kenyan market.
Posted by SCRIBE INTERNATIONAL at 5:44 AM 1 comment: 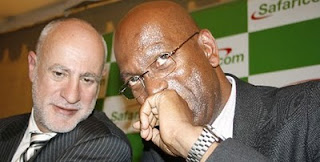 Three quick things to note: Bob Collymore will not micromanage Safaricom - His own words. Two - People will be fired at Safaricom -too many highly-paid redundant chaps who add little value it seems. Three - Look for Bob Collymore at a social networking site near you. He is going to be tweeting, facebooking and all that every Friday!

There is a new era dawning at the green house on the hill. The indefatigable Michael Joseph, ubiquitous face of the money-minting machine these last 10 years, does his last tour of duty this week. Come Monday morning 1 November 2010, Safaricom will officially have a new CEO, Bob Collymore.

Joseph who jokes that he was thrown into the then wasteland that was the Kenyan mobile market because some guys didn't like him too much at Vodafone, now retires as a dyed-in-the-wool Kenyan who is in no hurry to go anywhere.

Out with him however, is his iron-fist control of Kenya's most profitable company. Under Joseph's reign, no one was allowed to purport to speak for Safaricom except the CEO. Those who tried like Fred Mburu found themselves on the tarmac faster than you could say MJ. Only Les Baillie, former CFO and now investor relations head seemed immune from such restrictions and could speak at will.

With Collymore, such shackles are set to be taken off. The incoming CEO describes himself as a collaborative person who prefers to get people involved and come to a consensus rather than issue top-down directives. Joseph on the other hand has said he is not democratic. He demands, it is done.

Collymore has also been horrified at the number of titles that report to him. This is set to be changed. He wants to have fewer managers but with defined roles and the greenlight to make decisions. While, some of these managers will be glad to have latitude, some of them may face the axe or be redeployed altogether to have fewer distinct chains of command.

Collymore will also have his first investor briefing on November 8 when the company reports its half-year profits.
Posted by SCRIBE INTERNATIONAL at 5:05 AM No comments: