SuperSport will dedicate seven of its channels on DStv to 24 hours Rio Olympics coverage with another three on GOTV showing the games, Multichoice Africa has announced. 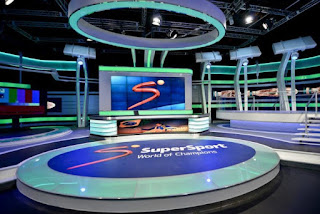 Kenyan reporter James Wokabi, will be a roving reporter for Supersport in Rio accompanying Carol Tshabalala and Rui de Oliveira who will do the Portuguese coverage.

Because Kenya is six hours ahead of Brazil, DStv will archive a lot of the action in its Catch Up service as well for viewers to recap the action as it happened.

Supersport has the widest global coverage of sports and this time it will be covering the Olympics on more channels than any other outlet except Sky Sports.

BBC  is carrying the games on just three channels while ESPN is doing about 12-15 hours a day as network  NBC carries the bulk of prime time coverage for the US market.

Kenya has sent its Rugby sevens team to the games in addition to the track and field athletes.


Posted by SCRIBE INTERNATIONAL at 1:55 AM No comments: 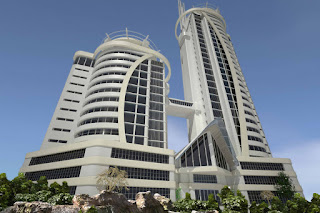 An acre of land in Upper Hill is going for Sh517million (US$51.7m), data from property manager Hass Consult indicates.

The rapidly growing financial district leads the list of most expensive real estate in Nairobi. Kilimani at Sh430m ($43m) comes in second as it continues to see an upsurge of apartment complexes and commercial developments.

Parklands at Sh402m ($40m) an acre is the third most expensive location with Westlands at Sh398m closely behind.

Rounding off the top 10 are:


This is Hass's second report on the Land sector this year.

Posted by SCRIBE INTERNATIONAL at 10:36 AM 2 comments:

PROFILE OF THE SIX CANDIDATES FOR CHIEF JUSTICE

Six distinguished officers of the court have been shortlisted by the Judiciary Service Commission to interview for the position of Chief Justice and President of the Supreme Court. We profile them here... 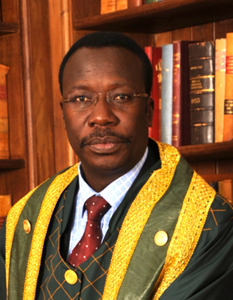 Smokin Wanjala, 56, was born in Machakos  in 1960 and is a judge of the Supreme Court. Appointed in 2011, he was part of the seven judge bench that heard the presidential election petition of 2013. He was seen as a close confidant of retired Chief Justice Willy Mutunga. A scholar who has over 15 years teaching experience at the University of Nairobi Law School, Dr. Wanjala has in the past served as a director at the defunct Kenya Anti-Corruption Commission where he served under rtd. Justice Aaron Ringera and was in charge of research. He is one of four remaining judges on the Supreme Court bench following the retirement of CJ Mutunga, DCJ Rawal and Justice Tunoi. He holds a Ph. D from the University of Ghent, Belgium, a Masters degree in Law from Columbia University and an LL. B from University of Nairobi. 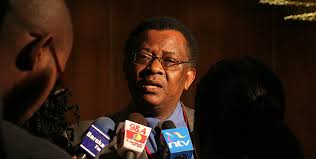 Nzamba Kitonga was born in 1956 and is aged, 60 years. This would make him CJ for a full term of 10 years. A past chairman of the Law Society of Kenya (elected in 1997), he has also served as the Judge President of the COMESA court. He is best remembered as the chairman of the Committee of Experts that steered the process of delivering the Constitution of Kenya 2010. He previously served as a Commissioner on the Goldenberg Commission chaired by (rtd) Justice SEO Bosire. He is a past chairman of the East African Law Society and a past recipient of the Jurist of the Year award from the International Commission of Jurists (2010). 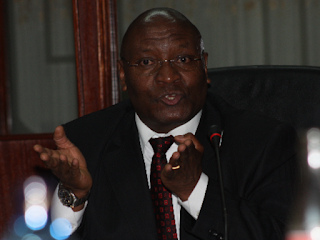 Justice Mbogoli Msagha was born in 1953 (aged 63) in the then Coast province of Kenya. He is the Principal Judge of the High Court of Kenya. Appointed judge at the young age of 34 years in 1987, he has served on the bench for close to 30 years. He has presided over landmark cases such as the Mwai Kibaki petition against the election of President Moi in 1997 and the suit challenging the laying off of 1800 workers from Kenya Airways in 1990. He has sometimes in the past been accused of avoiding making hard decisions when issuing rulings and judgements. 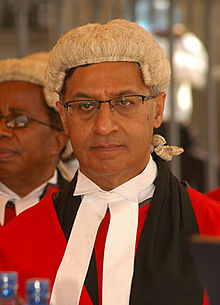 Justice Alnashir Visram who is in his mid-sixties sits in the Court of Appeal. He is famously remembered as having been appointed to be the next Chief Justice to replace the retiring Evans Gicheru in 2011 by President Mwai Kibaki. But the ensuing uproar raised by coalition partner Raila Odinga over the manner of the appointment led to the withdrawal of this appointment and the JSC was tasked to vet candidates for the post. Willy Mutunga emerged the choice candidate and became the CJ. Visram is an Ismaili Muslim who has served as the CEO of the Aga Khan Fund in Kenya and as High Court judge for many years having been appointed to the bench in 2001.
Interviewing for the post of CJ for a second time, Visram is likely to face the same problems he faced last time when he failed to explain decisions and rulings he made in past political cases. http://www.standardmedia.co.ke/business/article/2000034450/visram-s-past-judicial-rulings-haunt-his-bid-for-cj-post 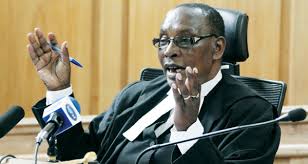 Justice Roselyn Nambuye, 64, is a judge of the Court of Appeal. The resilient Justice who has twice fought forced retirement, first by the Ringera Commission’s so-called radical surgery in 2003 and secondly by the Sharad Rao vetting board in 2012 is seeking a Supreme Court seat for the second time. She became the third woman in the country appointed judge of the High Court in 1991. She is married to rtd Justice Daniel Aganyanya who served on the Court of Appeal. In 2011 she was appointed to the Court of Appeal after she unsuccessfully applied for the position of Deputy Chief Justice. In a race against Martha Koome, Mary Kasango, Hannah Okwengu, Mary Ang’awa and Joseph Nyamu, all justices, and lawyers Nancy Baraza and Gladys Shollei, she lost out to Nancy Baraza. Justice Nambuye has spoken frankly about how her inability to have children led to the breakdown of her first marriage and how she and her second husband have raised numerous step children and adopted many orphans whom they have educated and nurtured. A crusader for gender inclusivity in the judiciary, she delights at more women being appointed to the bench. 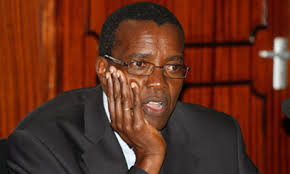 Justice David Kenani Maraga, 64,  is the Presiding Judge of the Court of Appeal in Kisumu. He was appointed to the High Court in October2003 and to the Court of Appeal in 2011. A holder of both an LL.B and an LL.M from the University of Nairobi, he also chairs the Judiciary Committee on Elections tasked with overseeing election petition hearings that may arise after the 2017 elections within the prescribed period in the constitution. He successfully underwent the vetting board fending off accusations of tribalism and bribery seeking and was unanimously endorsed to continue to serve in 2012. An avowed Seventh Day Adventist, he startled the board proceedings when he invoked God’s name loudly and went on to swear that he had never taken a bribe in his life.

CJ Mutunga is now retired as is Kalpana Rawal who was later to become Deputy Chief Justice and only left the bench after a bitter judicial fight ended at the Supreme Court. Visram is a candidate once again.
J
Justices Joseph Nyamu, Riaga Omollo, Samuel Bosire and Mary Ang'awa were found unfit to serve by the Sharad Rao led vetting committee of the judiciary and have since exited. Justice Kihara is now the President of the Court of Appeal. 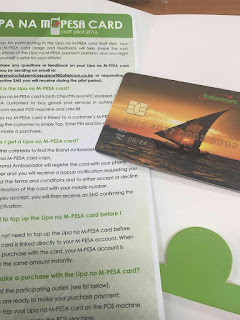 Listed telco Safaricom is said to have piloted its LIPA NA MPESA (PAY WITH MPESA) card with it staff as it prepares to launch it to the public.

The card is to be used at merchants for purchase of goods and services and will have its own Point of Sale System, the machines used to swipe popular payments cards.

This is likely to launch an intense battle for the local payment market which has recently seen fast rising uptake of Visa card services particularly at petrol stations and bars and eateries.

However, the move by Safaricom to introduce this card, which it has previously sought to bring to the market, is seen by some as being more of a reaction to plans by local banks to introduce a interbank switch allowing cash transfers within the banking system without going through MPESA.

However, that threat was significantly hobbled when the two largest banks in Kenya, KCB and Equity Groups, instituted demands before signing onto the switch including the fact that the switch would not allow merchant banking.

This means it cannot be used for payment of goods and services like MPESA.


Posted by SCRIBE INTERNATIONAL at 1:01 AM 6 comments:

SPORTSPESA POURS IN HUNDREDS OF MILLIONS FOR KENYA RUGBY SPONSORSHIP 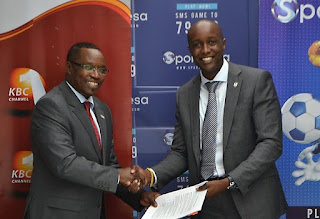 Mover over Safaricom, EABL. There is a new sheriff in town. Sports betting platform Sportspesa will announce a deal to sponsor all of Kenyan rugby for the next five years to the tune of Sh1billion.

The deal will see Sportspesa become the sponsor of the popular Kenya Rugby 7s, the fast-rising Rugby 15s, the Women's rugby and the Development of talent.

The deal dwarfs other long-drawn out contracts with local companies that The Kenya Rugby Union has had to engage in.

Sportspesa has recently ramped up its sports marketing presence appearing on Stadia and other  sports related collateral pointing to the billions it is bringing in from bettors.

Some estimates place Sportspesa's weekly revenues before deduction of costs at Sh9billion and rising.

The company will also announce partnerships with the English Premier League where it already has some projects with the popular league's teams.
Posted by SCRIBE INTERNATIONAL at 12:52 AM No comments:

Payment platform Equitel has announced a 38 per cent jump in quarter on quarter transactions for the first three months of 2016.

According to figures released by the Communications Authority of Kenya, 44.7m transactions were handled through the platform as compared to 42m transactions between September 1 - December 31st, 2015.

The fast growing platform is a subsidiary business of grassroots lender, Equity Group.

CAK figures also show that with a 19.6% quarter on quarter growth in mobile traffic, Equitel is by far the fastest growing mobile telephony service in the country.

While Safaricom and Orange both grew at 3%, and Airtel fell 7%, Equitel users rose to 1.6 million from 1.4m the previous quarter a growth of 19%.


Its voice traffic totalled 39.4m minutes with 4m in on-net and 35.3m minutes in off-net traffic.
Posted by SCRIBE INTERNATIONAL at 1:40 AM No comments: