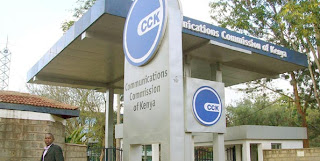 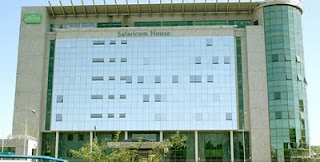 Les Baillie was confident, even cocky. No, the green giant of Waiyaki Way aka Safaricom was not worried about new upcoming regulations - it was rivals who couldn't up their commercial game who were pining for protection Baillie said Thursday. Safaricom would continue to give customers what customers asked for, exuding confidence, Baillie, the chief investor relations officer at Safaricom told scribes after chairing a charity event.

Come Friday, Baillie's world fell apart! From Baillie, to CEO Michael Joseph to Legal Affairs Chief Nzioka Waita and communications head Washington Akumu, everybody was livid! New draconian and specifically targeted sanctions that will have far reaching ramifications in the telcom sector and possibly corral Safaricom's dominance had just been unveiled by the Ministry of Information with instructions to the Communications Commission of Kenya to implement to the letter.

That they had been expecting new regulations is not in doubt, but when they actually eye-balled the new regulations released by the Communications Commission of Kenya, there was a feeling of having been duped.

Hardly able to restrain themselves, the green machine fired off press releases to media houses that were in fact a carbon copy of full-page ads that would run on Monday but unable to wait they sent copies out to newsrooms on Sunday.

Michael Joseph came out roaring in the week following. Scribes were granted interviews at will and the craggly CEO signaled he is squatting on his haunches for a fight.

I will not take this lying down, Joseph said. I will fight this both publicly, politically and legally.

Meantime, rivals operators rubbed their hands with glee. During the week they issued full-page ads in the dailies congratulating the government for coming up with the regulations.

CCK director-general called Nzioka Waita who was then in Uganda to berate him for overreacting and even spoke with Joseph on Tuesday.

Clearly unsatisfied, the CEO then met with Samuel Poghisio, information minister on Wednesday at the Tribe hotel. Details of that discussion are yet to emerge.

Safaricom's beef is with two of five regulations that were unveiled. One, it is apprehensive about the issue of domant operator where once so declared, it will be forced to submit tariff changes to CCK with 90-days notice for approval.

It says regulations should only target it if it abuses its dominance. Unless that is done, it says, it will automatically be subject to price control which will impact it negatively.

But this fight is far from over.
Posted by SCRIBE INTERNATIONAL at 7:15 AM 1 comment: