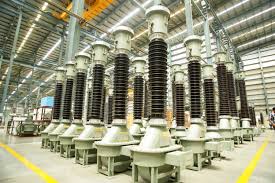 National power distributor KPLC will pilot the use of gas-filled transformers in place of the conventional oil insulated ones in a bid to cut losses occasioned by vandalism.

The utility suffers millions of dollars in losses annually owing to vandalism who seek to drain transformer oil for sale.

This leaves the transformers without insulation causing them to blow whenever it rains.

In an MoU with Toshiba Transmission and Distribution India, a 100% owned subsidiary of Toshiba Energy of Japan, KPLC will pilot three technologies that if successful will see it adopt the technology for its nationwide network.

Dr. Katsutoshi Toda, the MD of TTDI said the new Gas Insulated Transformers were capable of replacing the entire stock of conventional transformers on the Kenya Power grid.

These transformers are however about 1.5 times more expensive than conventional transformers because they are yet to go into mass production.

However, they will be roughly the same size but slightly lighter as they will be filled with carbon dioxide gas instead of transformer oil.

TTDI is currently supplying KPLC with 12,000 conventional transformers. This is after KPLC last year decided to stop dealing with traders and brokers for critical equipment and opted for original equipment manufacturers who can provide 5-year warranties for their equipment.

Posted by SCRIBE INTERNATIONAL at 2:23 AM No comments: 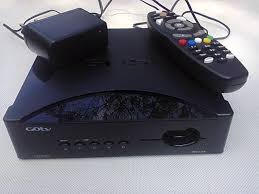 As GOTV turns five years old in Kenya, it has now reached 56% of digital terrestrial TV subscribers, with rival Startimes coming in at 40% while Bamba and Azam trail far behind at about 1.5% each.

With Azam TV and Bamba/KTN, the number of formerly analogue TV viewers who have digitally migrated to DTT decoders has now surpassed 3million users country wide.

A good number are also on Satellite provider DStv, and cable TV Zuku.

GOTV used both its early mover advantage but also better pricing and content leveraged on its parent Multichoice's 20 year experience in the country to establish market leadership.

The fast growth in digital TV users vindicates the Communication Authority of Kenya's tough stance against local broadcasters who sought to frustrate the digital migration process.

Kenya is now one of the few African countries that have been able to fully migrate to DTT.

GOTV will tomorrow celebrate its five years of existence since 2011.

This is the current comparison of the market players pricing:

GOTV CUTS MONTHLY PRICES TO SH160 AS RIO KICKS OFF 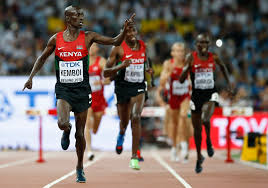 GOTV the market leader in TV subscriptions in the country, has announced price cuts for its various bouquets with the lowest package,

The move comes as the Rio Olympics kick off on August 5th. GOTV and DStv will be carrying the games.

Zuku and Startimes won't have coverage of the Olympics owing to lack of TV broadcast rights.

GOTV Lite is now going for Sh160 (US$1.58) for access to 16 channels including Supersport Blitz.

GOTV Value package also drops in price from Sh650 to Sh470 per month.

The premium package GOTV Plus remains at Sh920 a month and will feature three additional Supersport Channels, 5,7 and 12 dedicated to covering the Rio Olympics.

Supersport 12 will be a 24-hour Olympics news channel produced by the International Olympic Committee (IOC).

The GOTV decoder and antenna will now retail for Sh2999 down from Sh3999.

The Lite package is the cheapest in the market as GOTV which has more than 50 per cent of all TV subscriptions in the country, looks to extend it market share,

Also in the market is Bamba TV which recently was bought by KTN ( Kenya Television Network), Azam, Citizen ADN among others.

Zuku and DStv are currently renegotiating their licenses with the regulator, Communications Authority of Kenya while some new entrants will be expected.

Posted by SCRIBE INTERNATIONAL at 8:23 AM 2 comments: