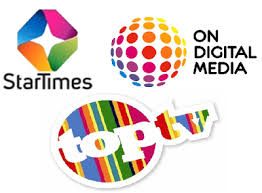 Startimes SA, a recent entrant into that market, has run into headwinds and is signaling it will retrench workers to try and stem financial losses.

The company part of the Startimes group that also includes Startimes Kenya, took over a floundering broadcaster TopTV in 2012 with plans to turn it around and compete for the lucrative South African market (SA has 50 times more DStv subscribers than Kenya for example).

But the going has apparently gotten tough forcing management to do "rationalization" as they call it.

In a circular to staff last week, Startimes SA boss, a Mike Dearham told employees  the company was in an unsustainable position and needed to act if it was to stay afloat.

"All employees are herewith advised of the intention of the company to rationalize its operations and related support activities," Dearham told his staff.

"The difficult economic times being experienced in the broadcasting industry have had an adverse effect on the financial position of the company."

Dearham said management would meet with staff to explore various options including reasons for the rationalization and possible ways to avoid retrenchment, number of staff to be affected, the method of selecting those to be affected and a time-table for the measures.

The company was in August last year barred from broadcasting pornographic content by a South African court robbing it of a potentially lucrative revenue stream.

It is also suing the Ghanaian government for cancellation of a contract to roll out Digital Transmission services and demaning US$200m. 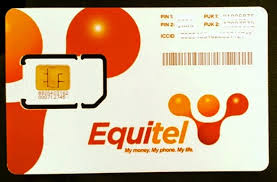 Equity Bank says it has registered 1.15million users to its Equitel mobile money service and that August cash transfers hit Sh7.4bn up from Sh6.0bn in July.

One was the sell-off by Helios Capital of more than half of their stake to other investors and the other was Equitel.

Cash transfers showed the highest growth rising from Sh2bn in January to Sh7.4bn in August.

Payments have seen more muted growth rising from Sh41m in Jan to Sh96m in August while withdrawals have over the same period risen from  Sh443m to Sh1.01bn.

Loan disbursements have also risen from about Sh750m at the beginning of the year to over Sh4.1bn last month.

The CEO also spoke about Helios Capital selling off much of their stake in Equity Bank. The private equity fund invested Sh11bn in 2007 for a 24.9 per cent stake in then budding grass roots lender and have many many times their original investments.

Recently, they sold half of their stake to Norfund and Norfinance for about Sh23bn. They then sold another stake equivalent to 2.44 per cent of Equity Group to NSSF Uganda for Sh4.5bn.

Others who bought the Helios stake include Genesis, with 5.4%, NSSF Kenya, NSSF Uganda, Renaissance Capital, AfricInvest and so on.

Norfund is now the largest single shareholder of Equity Group with a 12.22 per cent stake.

It is not clear how much money Helios got for its original investment but Mwangi said the exit was the first successful US$500m (Sh50bn) exit in sub-Saharan Africa.


Posted by SCRIBE INTERNATIONAL at 7:17 AM No comments: 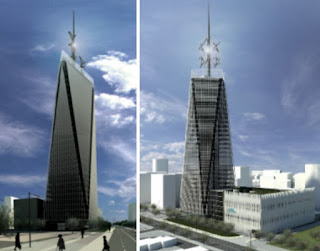 The government of Mauritius is waiting for Britam to complete its Sh7billion (USD70m) 31-storey Britam Tower before selling a 23 per cent stake it seized from Mauritian tycoon Dawood Rawat.

This is to allow the value of the company to increase and earn Mauritius the maximum cash it can get from offloading the shares.

The country's minister for Finance has said he will offload at US$128m (Sh12.8billion) if a seller offers that amount.

Currently, Britam's stock on the Nairobi Securities Exchange is trading at Sh17.20 (US17 cents) giving the company a market capitalization of Sh32billion.

"They are waiting for the tower to be completed before they sell," a source close to the Finance Minister said.

The information is likely to get Private Equity funds thinking fast about raising the cash to possibly make a bid once this is done.

With many Kenyan companies having domiciled in Mauritius for tax reasons, this deal could even be made on the island long before it is announced in Kenya.

The Britam Tower will be one of the greenest buildings in the country with Wind turbines at the top providing power for parts of the building.

Listed-telco Safaricom has reportedly scrapped plans to introduce an MPESA card with top management said to have sharply differed on the merits of the proposed product.

The card was to function like normal swipe cards but use the customer's MPESA account to process to pay for goods and services.

It had been said to be in the works for sometime now but allegedly faced strong opposition from one of the senior most C-level executives.

Matters were said to have been so heated that two top executives clashed at a meeting before the idea was finally dropped.

MPESA person to business transactions total over Sh17billion monthly with the MPESA cash till service for businesses, Lipa na MPESA growing by an astonishing 70 per cent annually thus presenting a compelling case for the MPESA Card idea.

However, this represents merely 12 per cent of the MPESA business with the bulk over Sh1.3trillion (US$1.3trn) being person to person transactions.

Those opposing it argued that it held little value proposition and was bad strategy.

Posted by SCRIBE INTERNATIONAL at 6:11 AM No comments:

Listed Telco Safaricom will move its headquarters to newly-inaugurated Garden City Mall in the next two years, sources indicate.

The new headquarters will be located in the second phase of the Garden City project which has now acquired 15 more acres from EABL for the purpose.

Safaricom is set to build a 5-acre campus on this land where it will move its HQs and business units.

Campus is a popular term for tech company headquarters in Silicon Valley, California including the Apple Campus in Cupertino, California, Google Campus, Santa Clara, Oracle in Redwood and so on.

Detailed designs of the project are yet to surface but given Safaricom's strong Free Cash Flow position and the fact that it is only this year it expects to take a Sh5billion hit for the cost of rolling out the National Police Network, it will certainly be in position to finance this project.

Posted by SCRIBE INTERNATIONAL at 11:29 PM No comments: 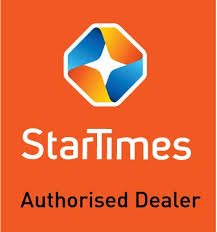 Startimes Group has now increased its subscription rates after its acquisition of the rights to the German Bundesliga was affected by the weakening of the Shilling forcing them to raise prices to cover their costs.

The price increase has been communicated as a charge for Sports add ons.

All key international sports have been removed from the normal bouquets and will only be available for additional cost.

Their premium sports offering dubbed Sports Plus will now cost an extra Sh600 per month on all their bouquets.

Sources indicate the new charges will be tabulated as follows:


See below the  tabulated with increase percentages

Posted by SCRIBE INTERNATIONAL at 9:54 AM 2 comments: 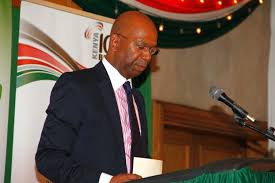 Unconfirmed rumours indicate that Vodafone may have identified the person it wants to succeed Bob Collymore as the next CEO of Safaricom when the incumbent's contract runs out in 2017.

These are still as yet highly speculative rumours but the personality in question is said to be involved in Vodafone Middle East operations.

It is hard to pin down an individual but Nairobitech will seek to get more information over the coming days but it is instructive that Serpil Timuray, the lady who heads the Africa, Middle East and Asia Pacific region of Vodafone as CEO also sits on Safaricom's board.

Anyone coming from the Middle East operations is likely to be someone who has been reporting to her.

Former CEO Michael Joseph who also sits on the board is said to be the other influential voice in the room.

We will keep tabs on the issue in the coming days.
Posted by SCRIBE INTERNATIONAL at 7:36 AM No comments:

DStv PRICES TO COME DOWN IF SHILLING RECOVERS - CEO, MULTICHOICE

DStv prices will come down once the Kenya Shilling recovers the ground it has lost against the US dollar, Multichoice Africa CEO Tim Jacobs has said.

Multichoice this week announced new prices for its DStv bouquets with the top end premium subscription now priced at Sh9,400 up from Sh8,200.

Jacobs, who is in charge of Multichoice business outside of South Africa said the company had held off raising prices hoping the Shilling would stabilize but the national currency's continued slide forced the review.

"The currency started depreciating way before we increased our prices," Jacobs said, "We held off for sometime waiting to see if the currency would stabilize (but) there comes a point where currency devaluation (can no longer be absorbed)."

The Shilling yesterday hit a new three year low of Sh104.75 against the dollar with many analysts bracing themselves for it to breach the pyschological Sh105 mark.

It has now plunged 14% this year against the US Dollar and other hard currencies.

While the Dollar is itself down against the major world currencies, it has surged against African currencies owing to their negative trade balances (they import more than they export).

For instance in Kenya, importation of capital goods associated with the construction of the Standard Gauge Railway has widened the trade deficit and consequently current account deficit.

This has seen many commodities that are purchased in Dollars soar in prices.

A Toyota Premio that cost Sh1.3million in December to import is now going for Sh1.6 million or more owing to the strong Dollar.

Vehicle importers are now asking customers to hold off until the Shilling returns to familiar levels before importing a vehicle.

"The sharp depreciation of both the Kenyan and Tanzanian currencies, has resulted in unrealized forex losses on our dollar denominated borrowings," adding that, "it could be reversed if the currencies strengthen or against future dollar earnings."

The Kenya government is itself paying a lot more on the Eurobond it floated sometime back as the Shilling continues to weaken.

Jacobs said Multichoice has faced the same issue as it pays most of its content including movies and local football leagues in Dollars.

Consequently, all countries with a free float currency in Africa have seen a review of bouquet prices.

Nigeria which has pegged its Naira to trade at a fixed N199 to the Dollar for example has not been affected.


Posted by SCRIBE INTERNATIONAL at 6:56 AM No comments: