CARTEL BUST! EVERY MAN A KhZ. NDEMO VS MEDIA MOGULS 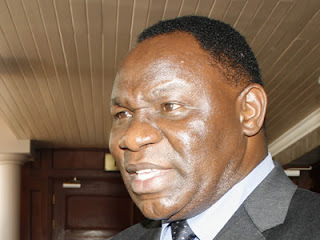 AS has often been the case in Bitange Ndemo's stellar reign at the Ministry of Information, foes are never in short supply.

Whether it is telecom operators opposing regulations, media presenters raising ruckus over amendments to communications laws or sub-marine cable entrepreneurs fighting to get him out of office, Bitange Ndemo has always faced them down.

Enter his latest battle; this one pitting him against a familiar foe/nemesis - Media Moguls.

Media owners claim they are being screwed and have even gone to the extent of organizing for a meeting with Information Minister Samuel Poghisio to push their case against what they see as high handedness on Ndemo's part.

They claim that they have been submitting digital signals from their broadcasts for the trial phase of DVB in Kenya for free, only for those same signals to be resold to Kenyans through SMART TV.

They argue that SMART TV is reaping commercial benefits from their content.

That seems fair enough and in fact the media owners, as is their prerogative, have gone ahead and discontinued provision of these signals to the state broadcaster KBC - the sole licensed digital signal distributor in the country.

Enter Bitange Ndemo - "They don't want to see the future," says the PS.

In fact, the reason behind the media owners resistance, is not the publicly stated content dispute.

It has to do with, says the PS, selfishness and a need to monopolize frequencies in this country which Ndemo says he has refused to assent to.

You see, under the new DVB-T2 format, one analog frequency such as the one KTN, Kiss TV or NTV may be holding can yield up to 18 digital channels (four of them HD channels).

The only problem is that media owners, many of whom were irregularly allocated the frequencies in the first place, want to migrate with the frequencies to the digital world and the gazillion digital channels that come with them.

So each frequency owner could end up owning more than 15 digital channels to then peddle or speculate with.

If you have content for only one channel, that is what you get.

Every man who can come up with content, can have a channel pure and simple.

The Oligarchs are not happy. And so the battle continues!
Posted by SCRIBE INTERNATIONAL at 4:24 AM 1 comment: